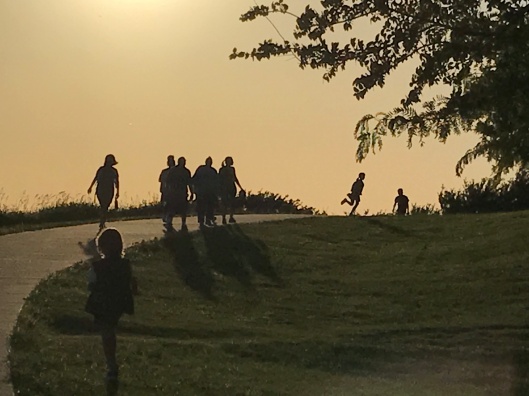 Straight from the iPhone to you via the iMac. Not edited anywhere at all. Amazing things these device cameras. 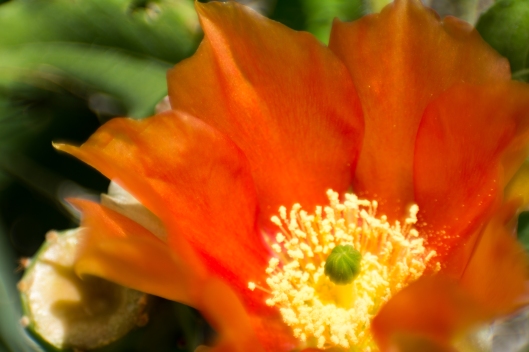 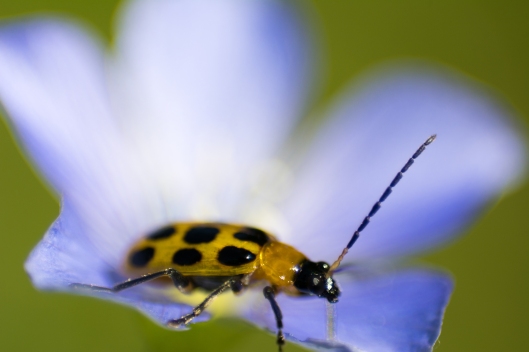 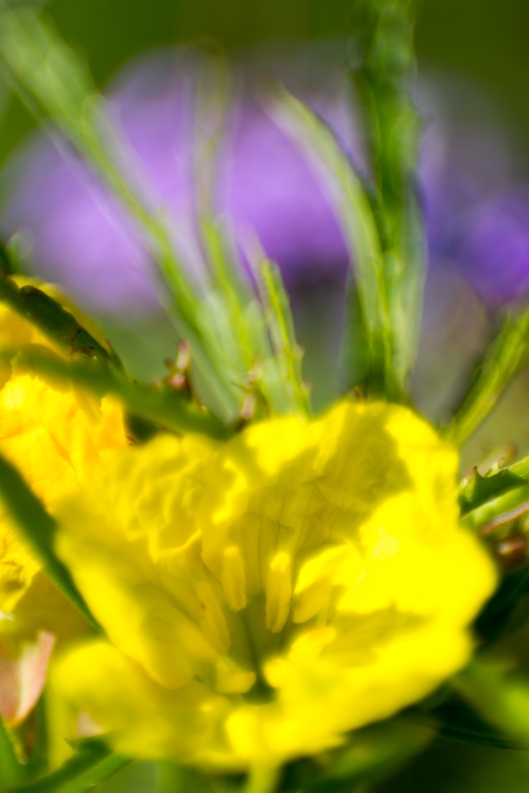 It altogether amazes me that people can walk right past things like this and be totally consumed by whatever device they have in hand to keep them from interacting intimately with the immediate other world around them, be it their companion walking beside them, the child in a stroller, or of sights like these flowers. Maybe the general, developing impression that there is no intelligent designer who sits outside of creation contributes to the lack of wonder at the intricacy that was designed into each of these wonders. They’re taken for granted, and the tremendous leap of faith is launched that requires believing that all this was the result of random, impersonal causes.

On the more mundane side, Nikon D7100 with 36 – 72 Series E Nikon lens reversed onto the camera body. Some were taken with 26mm extension tube, some without. Nothing outstanding, just something I’ve had in mind to do for a while and finally got bored enough to do it. I’ve been collecting Nikon film SLR cameras off that auction site. These represent what I think is an unbroken chain from the F, front center, of around 1957, to the F6, top center, from around 2004 to the present. Yes, Nikon does still produce two film cameras, the FM10 and the F6.

Ironically, the camera used for this portrait was a Hasselblad H5-D 50 with the 50 – 110 zoom used at 110mm. A monolight was on the right about subject level with a silver umbrella reflecting the bare bulb. A large, white reflector did a little fill on the left.

I do use the cameras! They are all quite operational and most in near mint condition. I hope my son will enjoy his inheritance someday…and have the space! Or, maybe they’ll appreciate in value and he can sell them back to where they were found.

I recently had a physical and discovered that my thyroid functioning is somewhat sub par. One result of that can be difficulty concentrating (I would say staying focused, but being a photographer and all…), and perhaps some memory lapses. I prefer to think of it as the absent-mindedness of a genius. In any case, the fix is in, the drugs are being taken each morning, and all will be peachy in short order, I’m assured.

So, I will blame what happened to me in the darkroom a few days ago (I think, or was it this morning?) on this totally biological abnormality and not on my being deficient in general intelligence. I walked in to develop the film that contained four of these images and grabbed the paper developer, Ilford Multigrade Developer instead of the Kodak D-76 that had been my original goal. I had put the paper dev into collapsible plastic containers to keep out air with its deleterious properties and had the D-76 on the floor in a gallon container by the refrigerator.

Normally, for paper, the paper dev is diluted 1:9. I used it on the poor rolls of film at 1:1 for one of the rolls, and at FULL STOCK STRENGTH for the other. That is the roll you see here. Needless to say, result was catastrophic. They were what we called in the olden days, “Bullet proof” in the highlights. So, I had to use grade 00 contrast filtration and do a lot of tricky burning and dodging to get what you see here from the scanned prints. The face particularly required a full minute of burning in. The overall exposure times ran into 2 – 3 minutes at f4 on the enlarging lens.

I hope I don’t do this again.

This, by the way, is my lovely wife, Christy. Camera was Nikon FM2/T with good old 105 f1.8 manual focus Nikkor lens on it. Film was Fuji Neopan Acros 100 shot at that rated ISO.

This is a scan of a fiber-based print I made yesterday in my man-cave/darkroom. This subject is the granddaughter  of my former college roommate and long time best friend ….yes, granddaughter. (He was commenting recently how could it be forty years since graduation?)

I was at his house assisting in a building project and had my trusty old Nikon F4 with me in case there was a home invasion attempt, the camera being the ultimate tool for applying a concussion to an assailant. I had attached to it a 35 – 105 zoom Nikkor and was using Fuji Neopan 400 as film, rated at the published ASA (for old times’ sake). It was developed in D-76 in a Jobo processor, and the paper was Ilford FB glossy.

I almost trashed this one because of the obvious mushiness. I think focus fell around her knees. Nice shot of the child, true, but technically worthy of the bin.

Then I began to think. Maybe I should give this to the grandparents anyway. She’s still recognizable, after all. This photo does have a sort of charm to it as being taken by an amateur clumsily wielding his 35mm. There is the grain so sought after these days in Lightroom. It is an archival print and will be around in this condition for decades and decades.

Now, who, if they found a photo of their great-grandmother when a three year old cheerfully holding a book at great-great grandmother’s house, would look at it and say, “Oh, look, that inept photographer mucked up the focus on this one. To the bin it goes!”

I believe that so many pictures we have now of people and simply consign to the mundane if not awful are the treasures of the distant future and will be much appreciated by the descendants of the subjects of the snapshots.

So I think I will give this to my friends, even though my reputation as a competent photographer will suffer. But, no harm; I’m not trying to make a living off of it, am I?

Yesterday I went out to shoot some blossoms with macro lens on H5D just to see if I could successfully find fractions of a second of breaks in Texas’s incessant wind. I got a few shots, but as I was leaving I noticed the sunset only two days from spring. With the fisherperson on the shore, the strolling people on the path, the bare tree silhouetted by the setting sun, I was compelled to stop and grab a quick hand held shot with the 120 macro lens I had been using.

What I suppose mainly supports the title here are two aspects of the subject:

This is a stack at the old Mariscal Mine in Big Bend National Park, Texas. You access the mine, which closed in the ’40’s, by taking about a 25 mile drive down a dirt road. The camera I used was a Hasselblad SWC of around the 1980’s. It only has a permanently attached 38mm Carl Zeiss Biogon lens, around 25mm in the terms we’re mostly used to with smaller formats. I used Rollei Infrared film and this shot was rated at an effective 3 ISO. The exposure was based on the measurement of an earlier subject’s shadow areas using a Pentax 1 degree analog spot meter. The light hadn’t changed, so I used the same exposure. With this camera you do not have a ground glass on which to focus, so you pretty much use the lens’s distance scale. In this case, at f22, infinity was fine. It was shot through a really dark red filter to get only the IR radiation to the film. The filter is so dark you can glance at the sun through it briefly. I used f22 and 2 seconds. Notice the darkened sky and somewhat lightened foliage, what there is of it, anyway. This is a scan of a resin-coated print with absolutely no digital enhancements apart from whatever the scanning process may perform. I’ll make a better print of it on fiber-based paper soon for sale at the art fairs we attend. It will look much better than the resin-coated version.

One of the hardest things to do when traveling is to stop and take a picture, especially if it involves any trouble, like setting up a tripod. We had noticed this subject a few days earlier between Tyler and Dallas, closer to Tyler. As we knew we would return very soon, we made a note to stop next time! The shoulder of the toll road wasn’t very wide, so we decided to make the necessary extra trip to get to the farm to market road running next to the tree. I used a Hasselblad H3D-39 hand held with the HD 35 mm lens on it.