We got up early in Houston to make the 40 something mile drive to East Beach on Galveston Island. My goal was really to catch some waves with camera on a tripod to get the dreamy blur effect. However, as soon as the sun was rising, I couldn’t use the shutter speeds needed for the blur. I got these: 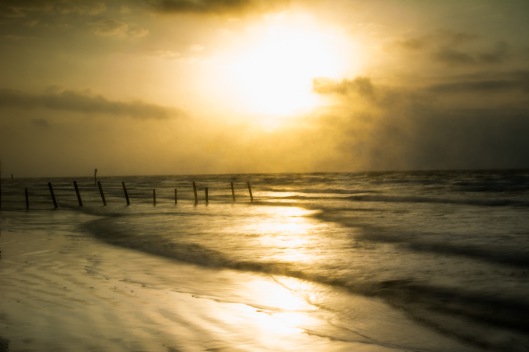 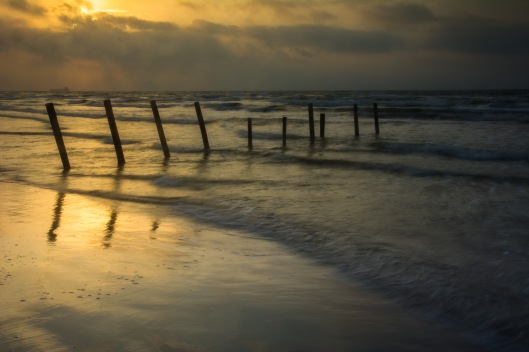 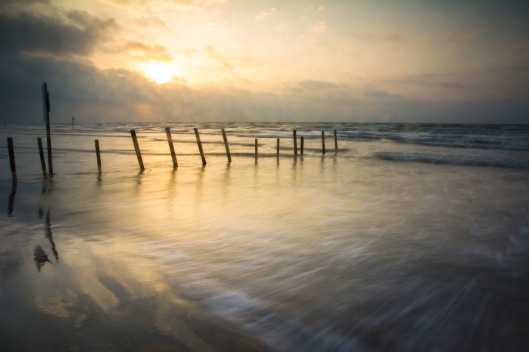 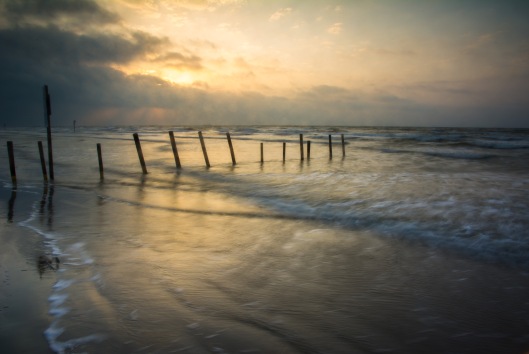 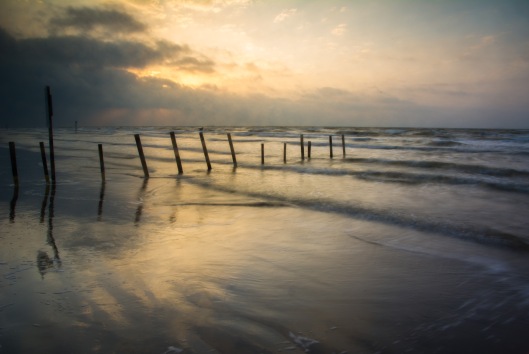 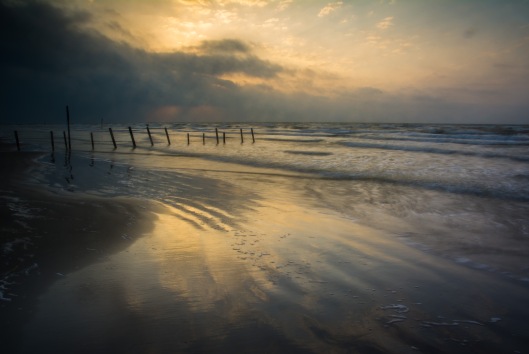 The Houston Ship Channel is here and I got this of a ship on the horizon: 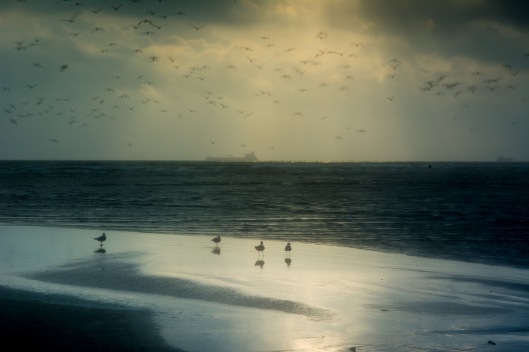 There was a shark on the beach that, apparently, his friend buried in the sand and then swam off and forgot to extract him: 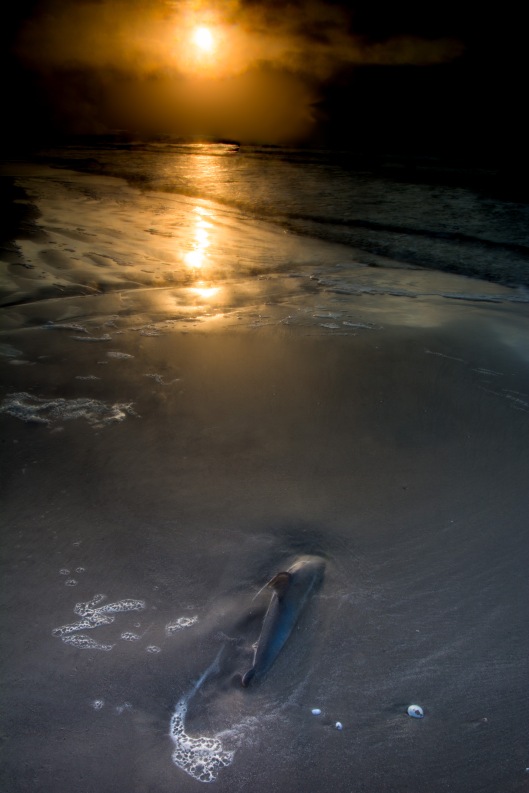 This could be his friend, a hammerhead supine nearby. Maybe he died from the exertion of burying this shark: 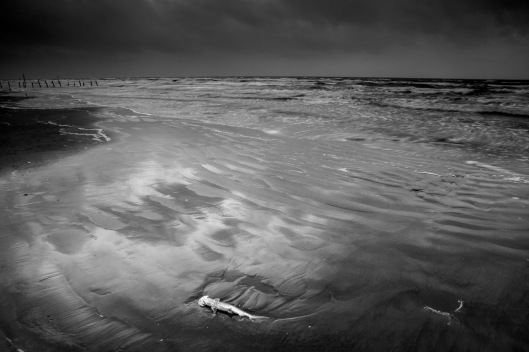 While you would think other animals would be in mourning, these guys weren’t at all upset: 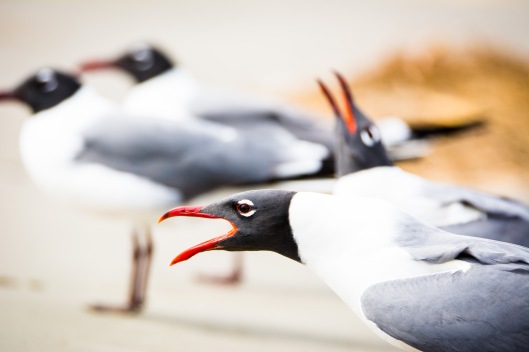 The camera was a Nikon D7100 with dirty sensor and a Nikon 16 – 85 zoom (using split graduated ND filter) except for the gulls which were captured the next day with same body and Sigma 150 – 600 Sports version of that lens.